The History of Scoil Phádraig, Ballyhale. 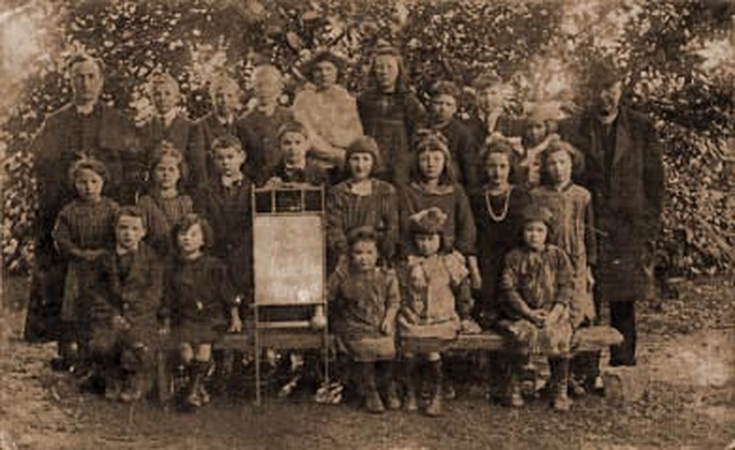 ​The old school in Ballyhale was built in 1826 of stone and lime.  The local people paid for it and there was no rent on the site.  It consisted of two classrooms.  There was no playground for the children.  This school building still stands.  It is situated across the road from the present school.  Since 1948 it been used as a dwelling and more recently as an auctioneers.

1858 – Mary Beckett and Michael Ryan.
The children paid fees of 1 or 2 pence a week.  The Manager decided how much. Nearly all children went to school. The average daily attendance was 45 boys and 47 girls. Ballyhale had a population of about 400 at the time. The school was connected with the Kildare Society before coming under the National system of Education on the 1st of January 1858.  The subjects taught were Reading, English Grammar, Spelling, Geography, Arithmetic (Maths) and Writing.  The girls learned needlework.
1861 – Peter Perdue

1863 – A new inspector Mr. Fran Eardly reported broken windows.  The school also needed to be whitewashed and some of the desks needed hinges.  He wasn’t impressed either with the pupils.  Out of seventeen of various ages only one could do simple subtraction.  Two could write on paper.  The rest probably used slates.

When Mr. Eardly called again on 18th January 1865 he found no children in school because there was a fever in the locality.

In 1868/69 another inspector John Clane complained that Ballyhale school had taken too much holidays.

1871 Eileen O Sullivan was appointed inspector in January of that year.

Two interesting points of note.
Teacher were paid an ordinary salary but got more on the basis of results.  The pupils were examined each December.  In 1891 three girls were examined in Domestic Economy, Shirt making, dress making and crochet.

Children did not move automatically from class to class each year.  It could happen that a child would spend up to four years in a particular class before going on to the next class or leaving.

The school garden has been there since the 1993/4. There are 2 hurling fields out the back of the school. Before the school was built there were prefabs used as classrooms.

There was one school in Castlegannon, one in Knocktopher and one in Ballyhale.


​
After a while they all came together and made the new building in Ballyhale. There were only two teachers in the old school in Ballyhale. In the school building in Knocktopher boys were not allowed to play with girls at break time.

Photograph from Knocktopher school below taken circa 1966. 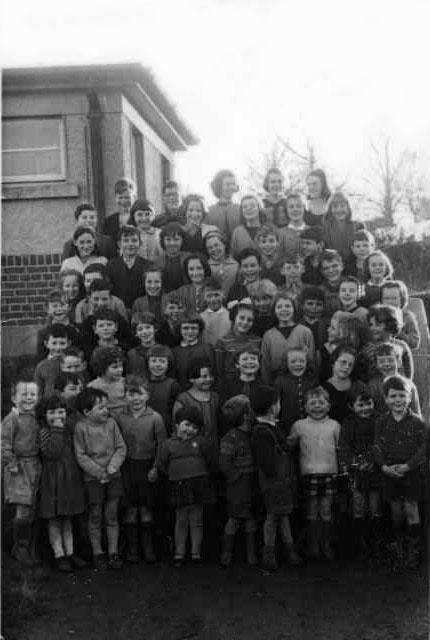